From the prehistoric caves of Altamira to the works of Bill Viola, individuals have always showed a significant importance in captivating the energy that lies within each living organ. The poignant and tangible effect that energy transcends into movement allows a level of intellectuality that marks a real achievement to the artist to fulfil. The study and analytical approach of such vast path, has enabled me to concentrate within an area that allows a freedom of exploration. Movement is an element that constantly surrounds our dimension to a reality that goes beyond the solidity of a mass. As from the nativity of each one of us, the experience of movement shows a significant role in the development of the physical and mental impact in our lives. Such a reflection allows the significant achievement that is traced through the history of art. The need to captivate and allow the viewer to experience a world filled with reality has been an element that through various variants transcended from different time and locations.

The initial initiations that started to develop the concept of chronophotography- ‘ a set of photographs of a moving object, taken for the purpose of recording and exhibiting successive phases of motion(Dictionary.die.net, 1913), has developed during the end of the nineteenth century and the twentieth century. The initial attempt of such an approach was in fact that of 1872- ‘Galloping Horse’(Figure 1), by Leland Stanford and Eadweard Muybridge. ‘A phenakistoscope disc, a couple waltzing’ (Muybridge, 1893), brings out other significant concept of illusion and need to capture movement. The study of movement has been a significant part of Etienne Jules Marey(Figure 2) career. The anatomical motion and dimensionality of living objects have been directed to a process that enabled the study of human contact with different actions and reactions found within us and the dimension we live in. As process unveil in ‘Falling Cat(Marey,1890),’L’homme Machine(Marey,1885)’ and ‘The Wave(Marey,1891) one is able to understand the deep analytical significance that these studies forced on to the development of chronophotography, a key element that initiated cinema.

Despite the fact that the initial studies to capture movement were fully employed through a scientifically analysis, one is able to significantly comprehend the connection that such transforming realities stressed on the artists live within such an innovation. The artist being sensitive and observant to what life offers started to initiate such approaches in his form of art too. As significantly captured by the pioneering artist of the twentieth century, Marcel Duchamp- ‘The Nude descending the staircase’(Figure 3), movement has a significant role in achieving the ideological aspect of true realism together with the perfection that lies within each millisecond of such energy.  The layering of action after the other shows a significant innovation that reflects drastically to the photographic motion that past pioneers started to study. As clearly justified by Marcel Duchamp; ‘My aim was a static representation of movement, a static composition of indications of various positions taken by a form in movement- with no attempt to give cinema effects through painting.

The reduction of a head in movement to a bare line seems to me defensible.’ (Dür, 2003) Although Duchamp through the work ‘The Nude Descending the Staircase’ employs a significant marking points that unveil the cubist way of dealing with the anatomical ideology he was still able to retain a certain amount of innovation that shocked with great significance the viewer. ’Rotary Demi sphere’ (Figure4) (1925) – through his other motion optical effect work, Duchamp has been able to capture a dynamic outburst from the abstraction of geometric shapes. Through this achievement one is able to acknowledge how developed and deeply evaluated the concept of movement and illusion of realism marked during the twentieth century. The concept of movement was one that inspired Picasso himself, through his collection of light drawings done in 1949(Figure 5). The photographic exposure allowed Picasso to experiment and create a whole new concept in art. The deep expression that he sought to achieve underlines the significance that motion effects on individuals. Another individual that expresses profoundly the effects of motion was in fact Giacomo Balla in his work ‘The speed of a motorcycle,1913’, ‘Dynamism of a Dog on a Leash, 1912’, ‘Swifts, Paths of Movement and Dynamic Sequences, 1913 ‘(Figure 6), the futuristic approach of his subject, brings into life a reality that looks beyond everyone’s reach. Another significant work that masters to great the element of movement were the studies of Semmi Ray K. Metzker in his work ‘composities’ of 1964. Through this work he was able to capture the movements done by workers through the element of light and its tracing.

After evaluating in such depth such an interesting field I was inclined to evaluate my photographic analysis in such a manner. Photography stands as important medium for individuals to rely on. It is part of an identity that is difficult not to refer to. The visual narrative of everything one perceives allows the viewer to understand how powerful the ability to see is. The need to visualize and comprehend the surroundings makes it difficult when one surrounds himself in pitch darkness. The ‘Entoptic Phenomenon (Fulton, Hansen, Hoyt, Mayer & Moskowitz, 2013)’ suggests that the brain and eye can visualize images even when light is not present. Such an experience is most of the time subjective and sheds an interesting notion to analyse further more. Although the actual image that we visualize is hard to attain I will try to capture a single movement that will be regenerated through a single light and a one light source. After producing an extensive amount of results I will generate these images into one whole composition, upon which I will be able to collectively compose the element of continuity and regeneration of light.

First Attempts of this Visual Analysis 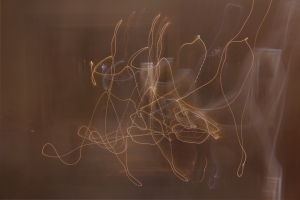 Over here I tried to connect all the points that i could visualize. The photo below took a spin of its own. After evaluating this I refocused on the concept and started to sketch the visuals before. 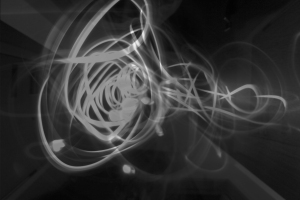 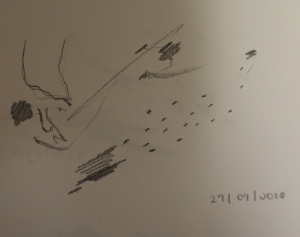 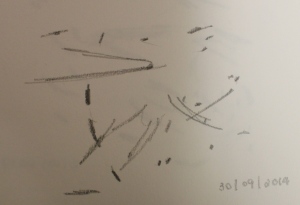 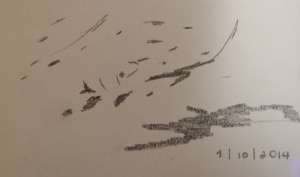 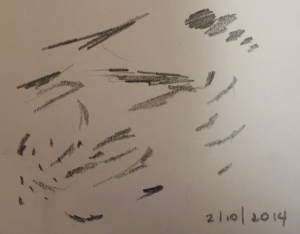 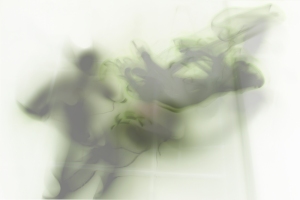 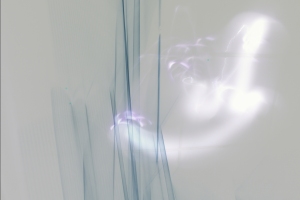 Bittleston.com. (2014). Art of giacomo balla: an overview of his paintings. [online] Retrieved from: http://bittleston.com/artists/giacomo_balla/ [Accessed: 29 sep 2014].

Tangible qualities in his shoots, that makes you feel within the picture itself. Colour qualities are characterized in their own way.

Is a comic like photographer. he is able to create a cartoon, comic humor to the reality presented. Such a perspective gives out a fresh outlook to how it perceives such a medium. With great technical skills of lightning he is able to bring out something which is unique and interesting.

Through artificial lightning he is able to create a narrative that is visually as real as that of a movie still.

This photographer is well known for capturing american neighborhood scenes. The employment of light is one crucial element to bring out the real aesthetic and contrasting hues in the picture envisaged.

Long exposure photos, bring out the vividness and almost surreal qualities to his photos presented. In his work he is able to bring an aesthetic that is part of the american ideological outlook. Example : ‘Painting with Light’ .

In his work he brings out a huge contrast and sharp light conditions that make the persona almost hyper-real to the aesthetic captures. example- ” artificial faces’